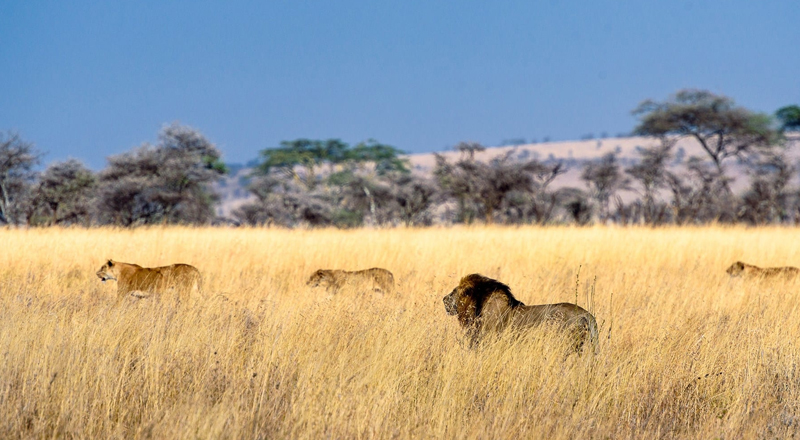 Wild, authentic, thrilling, stunning and addictive are just a few superlatives to associate with Tanzania but, words do not really do any justice to this incredible jewel of Africa. You will have no doubt heard of the great wildebeest migration. As phenomenal as this is to witness first-hand (definitely worth adding to the bucket list!), it is worth bearing in mind that this incredible country has so many more highlights to offer, suiting both first time and seasoned safari aficionados.

On arrival at Kilimanjaro or Arusha airport, you will be met by our representative and get transferred to Arusha.

Depending on your time of arrival you will get time to explore the city.

Arusha city, Tanzania is the country’s safari capital located in the north of the country. It has a population of 427,185 plus 323,198 in the surrounding Arusha District ( 2012 census). This city is located on a plateau in the Great Rift Valley amidst the Serengeti plains, Ngorongoro Crater, Lake Manyara, Tarangire National Park, and Mount Kilimanjaro.

Arusha is a small town nestled in the shadow of Mount Meru with commanding views of the mighty Mount Kilimanjaro. Although Dar es Salaam is larger, Arusha tends to be visited more by tourists as it is the gateway to the northern safari circuit to Serengeti, Ngorongoro, Lake Manyara, Tarangire, and Arusha National Park. The closest park to this City is Arusha National park. It is likely to be the start of your adventure to the famous parks of northern Tanzania.

Take your time to discover the beauty of Arusha city from Clock tower (the halfway between Cairo Egypt to Johannesburg South Africa) and take walking to Maasai Market, proceed to Arusha Declaration monument and museum, central market to learn different African spices, vegetable and fruits, visit Arusha City bus terminal, then later drive back to your hotel.

This African National Park is also home to three rare species of animals - the Greater Kudu, the Fringed-eared Oryx, as well as a few Ashy Starlings.
Dinner and overnight at Octagon Lodge
Meals plan: Lunch, Dinner, and Breakfast.

We head to the central park area, known as the Seronera area, one of the richest wildlife habitats in the park, featuring the Seronera River, which provides a valuable water source to this area and therefore attracts wildlife well representative of most of the Serengeti's species.

The park has an endless plain which is a home for lions, leopards, elephants, cheetah, buffalo, wildebeest migration, eland, wild dog, gazelle, crocodiles, and many more. Also, you will enjoy a variety of birds that decorate the park with different sounds.

Enjoy early breakfast, have a morning game drive, Then we depart to Ngorongoro Conservation area with game drive en route.

After breakfast, you descend into the crater, enjoy a game drive in the crater.

Early morning breakfast, then depart to Lake Manyara for game drive.
The park has a varied habitat that attracts a wide variety of animals, including one of Africa's largest concentrations of elephants, Lake Manyara's unique tree-climbing lions, zebra, buffalo, giraffe, baboons, warthog, as well as large flocks of flamingos attracted by the algae in the lake.

You will visit  Maasai village to learn about the local culture. You will visit Maasai families at Mto wa Mbu. You will be able to discover the traditional life of the Maasai, their culture, their traditions and visit their bomas (grouping of huts of an extended family).

Departure: Depending on your flight details you will get transferred to Kilimanjaro or Arusha Airport to connect your flight back home