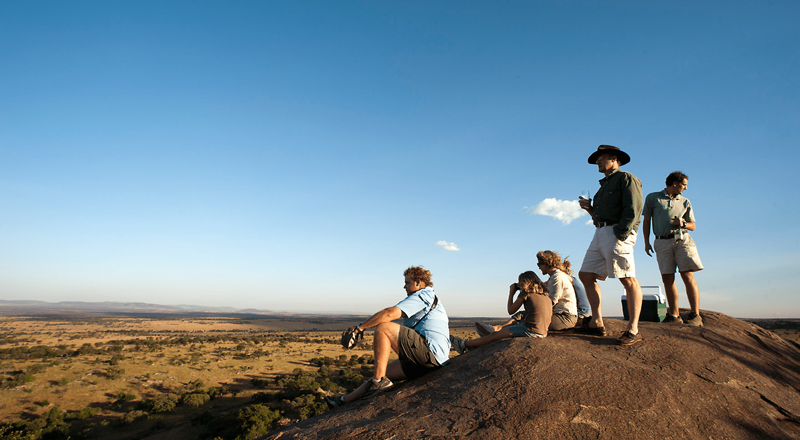 Experience East Africa with your family as you discover the wildlife, history, people, culture, and beauty that spans this incredible landscape. Roam the famous Serengeti National Park, nearly 15,000 sq km of rolling savanna that shelters an astounding array of animals, from miniature dik-dik antelopes to the noble African elephant. This is also a human journey that puts you in the heart of the valleys once inhabited by some of humankind's earliest ancestors – where you’ll have the opportunity to learn from the Maasai community – hear about the customs and traditions of the village life and even prepare a local Swahili dish.

This African National Park is also home to three rare species of animals - the Greater Kudu, the Fringed-eared Oryx, as well as a few Ashy Starlings.

We head to the central park area, known as the Seronera area, one of the richest wildlife habitats in the park, featuring the Seronera River, which provides a valuable water source to this area and therefore attracts wildlife well representative of most of the Serengeti's species.

The park have endless plain which is a home for lion, leopard, elephants, cheetah, buffalo, wildebeest migration, eland, wild dog, gazelle, crocodiles and many more. Also you will enjoy variety of birds that decorate the park with different sounds.

Enjoy early breakfast, have a morning game drive, Then we depart to Ngorongoro Conservation area with game drive en route.

After breakfast, you descend into the crater, enjoy a game drive in the crater.

Early morning breakfast, then depart to Lake Manyara for game drive.
The park have varied habitat that attracts a wide variety of animals, including one of Africa's largest concentrations of elephants, Lake Manyara's unique tree-climbing lions, zebra, buffalo, giraffe, baboons, warthog, as well as large flocks of flamingos attracted by the algae in the lake.