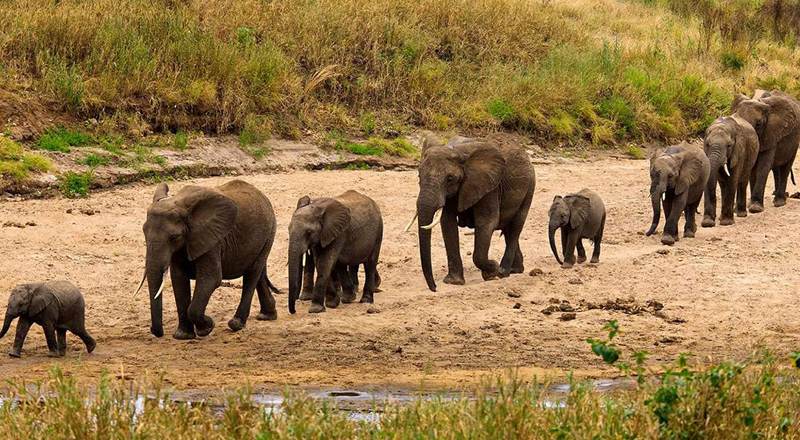 One day trip to Tarangire National Parks will be a day full of adventures and a special day for all our visitors after long Kilimanjaro trekking or waiting for a flight to your next destination. Best Day Safaris we prepare this 1 day trip to Tarangire National Parks due to the fact of a beautiful place and no need for our visitors to miss this unforgettable Tanzania unique adventure.

After breakfast, you will drive to Tarangire National Park for a game drive. It's about the 2.5-hrs drive from Arusha Town.

The park consists of natural vegetation mainly of Acacia woodland and giant African Baobab trees, with huge swamp areas in the south. Both the river and the swamps act like a magnet for wild animals, during Tanzania's dry season. The Tarangire National Park is reputed to contain some of the largest elephant herds in Africa.

This African National Park is also home to three rare species of animals â€“ the Greater Kudu, the Fringed-eared Oryx, as well as a few Ashy Starlings.