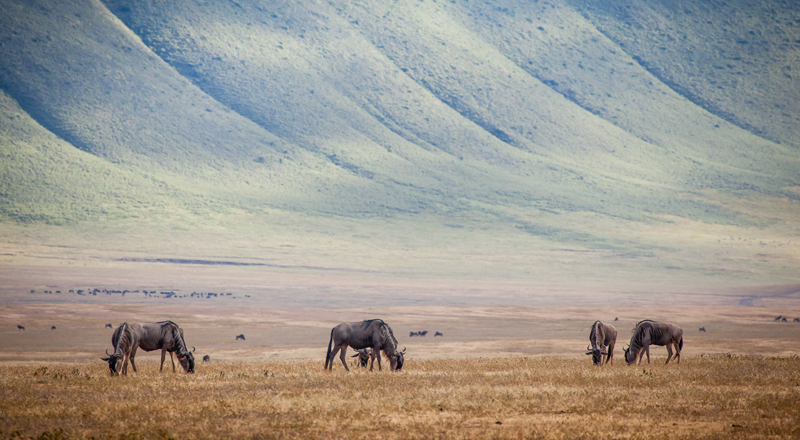 Tanzania’s Ngorongoro Crater is the world’s biggest intact caldera and is home to 30,000 wild animals, including leopards, elephants, lions, and rare black rhinos. Grab the chance for a game drive without any worries about transportation from Arusha on this small-group excursion. Board a 4x4 to see flamingo-filled lakes and spot animals roaming the plains, all the while gaining insight into Ngorongoro’s wildlife and geology from your driver guide. A picnic by a hippo pool and round-trip transfers from Arusha is included.

You will take early morning breakfast you will drive to Ngorongoro Crater for a game drive. It's about a 3-hours drive from Arusha Town.