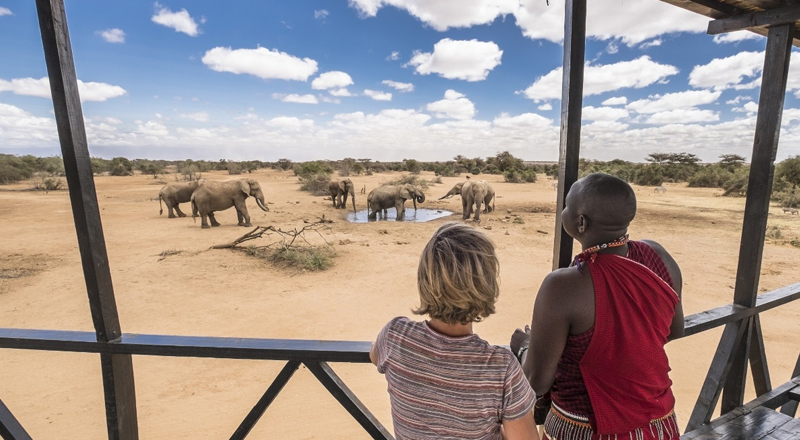 For children, a family safari is a chance to spend time together whilst learning more about the world. Whether it's going on game drives or exploring the lodge, children will be immersed in a completely new environment, soaking in the sights and making memories that are sure to last well into their adult lives.

This African National Park is also home to three rare species of animals the Greater Kudu, the Fringed-eared Oryx, as well as a few Ashy Starlings.

We head to the central park area, known as the Seronera area, one of the richest wildlife habitats in the park, featuring the Seronera River, which provides a valuable water source to this area and therefore attracts wildlife well representative of most of the Serengetiâ€™s species. We arrive in time for lunch and enjoy an afternoon game drive in the Serengeti National Park.

The park has an endless plain which is a home for lions, leopards, elephants, cheetah, buffalo, wildebeest migration, eland, wild dogs, gazelle, crocodiles, and many more. Also, you will enjoy a variety of birds that decorate the park with different sounds.

The park has an endless plain which is a home for lions, leopards, elephants, cheetah, buffalo, wildebeest migration, eland, wild dogs, gazelle, crocodiles, and many more. Also, you will enjoy the variety of birds that decorate the park with different sounds.

After breakfast, you descend into the crater, enjoy a full-day game drive in the crater.

The Ngorongoro Crater is one of the most densely crowded African wildlife areas in the world and is home to an estimated 30,000 animals including some of Tanzaniaâ€™s last remaining black rhino.

Early morning breakfast, then depart to Lake Manyara for game drive.
The park has a varied habitat that attracts a wide variety of animals, including one of Africas largest concentrations of elephants, Lake Manyara's unique tree-climbing lions, zebra, buffalo, giraffe, baboons, warthog, as well as large flocks of flamingos attracted by the algae in the lake.