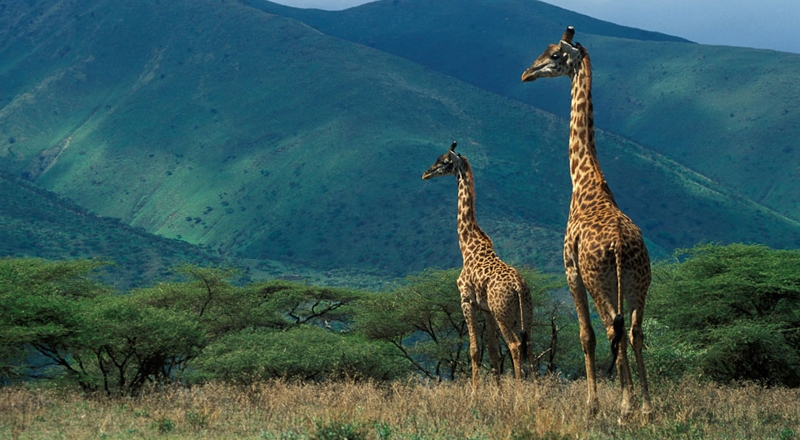 This 2-days private safari tours top destinations of Northern Tanzania. This trip is affordable and offers the best of Tanzania as it takes you to Tarangire National Park, (famous for baobab trees and Elephants) and the famous Ngorongoro Crater, a world heritage site. This is a budget private safari, perfect for travelers on a budget. This safari is sometimes considered as a weekend break and it is a very special tour as it offers you a great opportunity to see a large number of animals over a short period.

After breakfast, drive to Tarangire National Park, enjoy a full-day game drive with a picnic lunch.
The park consists of natural vegetation mainly of Acacia woodland and giant African Baobab trees, with huge swamp areas in the south. Both the river and the swamps act like a magnet for wild animals, during Tanzaniaâ€™s dry season. The Tarangire National Park is reputed to contain some of the largest elephant herds in Africa.

This African National Park is also home to three rare species of animals â€“ the Greater Kudu, the Fringed-eared Oryx, as well as a few Ashy Starlings.

After breakfast, drive to Ngorongoro Crater with lunch box, have full day game drive in the crater.
The Ngorongoro Crater is one of the most densely crowded African wildlife areas in the world and is home to an estimated 30,000 animals including some of Tanzaniaâ€™s last remaining black rhino.