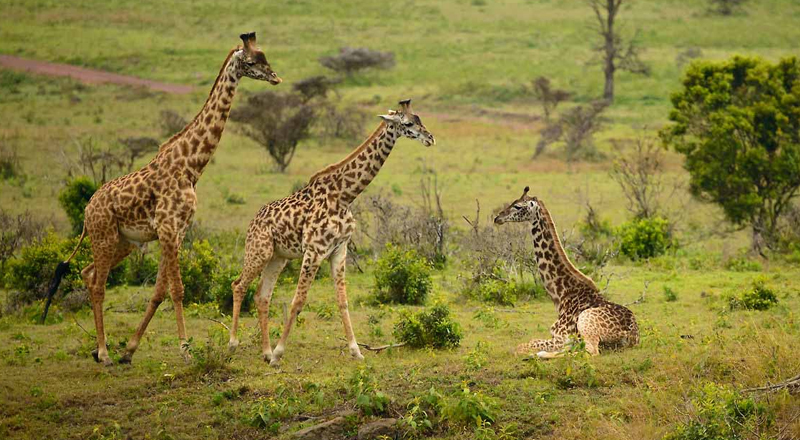 The Arusha National Park has an incredible variety of fauna and flora, which cannot fail to impress. The park is dotted with an abundance of unique mammal species such as the African elephant, the Cape buffalo, hippos, zebras, giraffes, and even the camera-shy wildebeests. Not only is the wildlife in the Arusha National Park abundant, but it is also one of the most beautiful and topographically varied game reserves in Tanzania. Your day trip will include a visit to the Ngurdoto Crater. Buffaloes, waterbucks, giraffes, warthogs, zebras, and baboons can be seen all year round as well as many different bird species.

After breakfast, you will drive to Arusha National Park for a game drive. It's about a 1-hrs drive from Arusha Town.

We depart from your hotel in Arusha with lunch boxes. We go through Arusha National Park, where we view the herds of buffalo in the spectacular Ngurdoto Crater, the flamingos of the Momela Lakes, and the imposing peak of rugged Mount Meru. Arusha National park houses a variety of wildlife, including giraffes, zebra, colobus monkeys, leopards, and hyenas, in the park's small but bustling 53 square miles of natural habitats. Enjoy a picnic lunch while gazing at the rolling hills and wooded savannahs of this national treasure. At the end of the day,